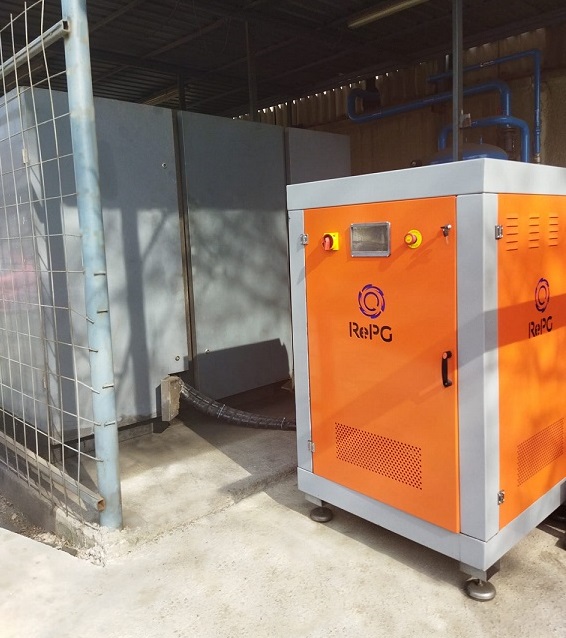 Regarding the “Compressor Waste Heat Recovery Project”, which they realized together with Borusan Mannesmann, RePG Energy Systems Industry and Trade Inc. Member of the Board of Directors Hüseyin Karayağız said: “100% domestic technology that can generate electricity from waste temperatures below 100°C and it is the first and only electricity generation system in the world with micro modular design. Increasing electricity consumption and increasing energy costs with industrialization force factories to make their own electricity generation investments. Existing and known systems, high initial investment cost and long return times make investors think. RePG Energy Systems; with its modular structure, it supports factories that want to produce their own electricity with low payback periods in your projects from 2kW to 1MW. It reduces your carbon emissions by generating electricity from your waste heat, within the framework of the “Green Agreement” limitations that will come into force as of 2023. A 10kW RePG System operating 7,500 hours a year; By helping you reduce your carbon emissions by 36 tons, it prevents you from using carbon credits.

Compressor waste heat, which is one of the biggest problems of the industry; constitutes a serious energy cost for all manufacturers. While about 8 percent of the electrical energy consumed in the compressor can be converted to compressed air, 85 percent is converted to waste heat in the compressor oil and 7 percent in the air. The “Compressor Waste Heat Recovery Project” carried out by RePG Energy together with Borusan Mannesmann showed that electrical energy (electricity, heating & cooling) can be produced from low-temperature waste heat in real field conditions.